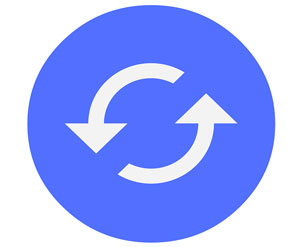 We live in a fast moving world where people want (and expect) to have everything at their fingertips; less time to spare and even less patience to wait. Time matters. Speed matters, especially when it comes to web pages.

In fact, Akamai – a leading content delivery network (CDN) services provider – asked 1,048 online shoppers how long they expected a web page to take to load…nearly half (47%) said 2 seconds or less!

A total of 40% said they would completely abandon a web page if it took more than three seconds to load, which is quite concerning when competition for online business is so high.

Over half (52%) of online shoppers said quick page loads are an important factor in their loyalty to a website and 64% who are dissatisfied with loading speeds will take their custom elsewhere next time they shop.

Gomez Performance Network (GPN) interviewed 1,500 consumers for their ‘Why Web Performance Matters’ report and found that at peak traffic times more than 75% of consumers left for a competitor’s website rather than suffer delays. A whopping 88% said they would be less likely to return to a site after a bad experience and more than a third told others about their dissatisfaction.

Consumer’s opinions on website speeds clearly matter in terms of brand reputation. Site speeds also matter in terms of SEO performance; site speeds are a ranking factor in Google search so they can impact what page your website appears. Page-load speed also matters to companies sales and conversion rates…So what is the difference between a site taking 2 seconds to load and a site taking three seconds to load…well a one second delay in page-load can cause a 6.7% loss in customer conversions, according to a study by Tag management supplier TagMan.

The study also found that page-load time for non-converters (those who abandoned the page without converting) was 3-4 times higher than for convertors which imply visitors who are not taking action on a site may be abandoning them due to slow site speed.

Conversion rates increase 74% when page-load times go from 8 to two seconds, a different report by Gomez published in November 2017 shows. The report also revealed that the average response time for 14 industry-leading mobile retail sites was 4.73 seconds; Amazon led the way with a page response time of 2.85 seconds.

These figures are compelling and highlight just how important speed is to online customers. Yet page speed is still an issue for many businesses and website owners, who often end up losing a huge amount of revenue as a result.

Further stats from the Aberdeen Group show that a one second delay in page load time equals 11% fewer page views, a 16% decrease in customer satisfaction and a 7% loss in conversions. This could mean if your site typically earns £10,000 a day, this year it could lose £250,000 in sales due to slow site speed.

Peter Sode About the author