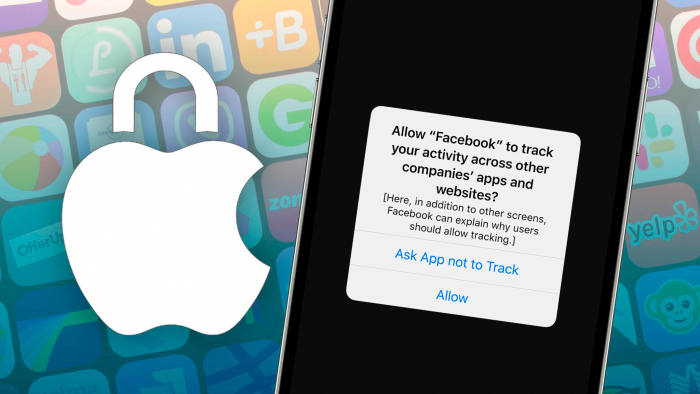 With the release of Apple’s iOS 14.5 Update, the data collected from Apple mobile devices will change.  Imagine this: You run a successful online store and have a sleek app that makes shopping a breeze.

Most of your sales come from paid ads on social media, and your usual process involves retargeting customers who open your app but leave without purchasing anything. With this process, you’re able to track user activity across apps and optimize your ad spend as you see what works and what doesn’t.

Apple’s confirmed that along with the launch of Apple’s iOS 14.5 Update, there is also a change coming to Apple’s AppTrackingTransparency (ATT) Framework, which is essentially its data sharing and privacy policies.

Apple will now require that all mobile app advertisers gain opt-in from users to track their web and app activity.

While this provides consumers with the ultimate privacy, security, and control over the ads they see across their web and mobile devices, it’s expected that not all users will accept this prompt to opt-in. This could make it more difficult for businesses to reach their target audience, and deliver relevant ads.

From now on, whenever an Apple user downloads your app, they’ll be shown a prompt, asking if it’s okay for the app to track them. Additionally, with limited app user data, companies like Google report that ads could show poorer performance and returns than before the change.

While Apple’s pivot might seem shocking, it is not the first major tech giant to take action when it comes to data privacy. Just in the last year, Google, another major player in the advertising world, announced that it will phase out third-party cookies on Chrome and will be offering replacement tracking tools, such as its Privacy Sandbox, after 2022.

What will happen to Apple’s IDFA (Identification for Advertisers)?

To better understand what’s happening with Apple’s new update, let’s take a moment to learn about Apple’s identifier for advertisers (also known as IDFA). IDFA is tied to each Apple device and is used by advertisers to identify users.

Typically, the IDFA code is visible to advertisers, and it enables them to retarget consumers. Now, it will only be provided to advertisers if users give them the go-ahead and permission to track their usage across apps.

To prepare app owners, Apple has laid out the instructions for gaining proper tracking permissions on its website:

“You must also include a purpose string in the system prompt that explains why you’d like to track the user. Unless you receive permission from the user to enable tracking, the device’s advertising identifier value will be all zeros and you may not track them,” Apple explains.

Traditionally, MMPs have been able to pull data from mobile apps and serve up data such as installs, views, and ad clicks, in an organized and insightful fashion. They provide advertisers an understanding of where their consumers come from, and what the results of a mobile campaign are, within their platform. With the changes coming to ATT, their ability to have access to all this could be impacted.

However, some MMPs, like AppsFlyer, are leaning into Apple’s SKadNetwork to glean insights for their mobile advertisers.

The SKadNetwork is a secure way for MMPs and advertisers to understand app installs and campaigns, without connecting those installs to specific user identities. Apple coordinates this attribution, and while using the SKadNetwork is a good alternative, it does not take into account view-through attribution and only provides data 24 to 28 hours after the first launch.

This new update has caused ripples across the mobile advertising ecosystem, and brands like Facebook and Google have already responded.

Meanwhile, Google, which has also been taking on its own privacy initiatives, provided information for developers and advertisers about how the change will impact them while also reminding readers of the importance of user privacy:

“At Google, we’ve always put users and their privacy first. Transparency, choice and control form the bedrock of our commitment to users, and advertising is no different. We remain committed to preserving a vibrant and open app ecosystem where people can access a broad range of ad-supported content with confidence that their privacy and choices are respected,” the Google post explains. “That’s why we’ll continue to invest in privacy-preserving technology ― including aggregated and on-device solutions ― like what we’re developing for the web, along with ecosystem partners, in the Privacy Sandbox.”

While this change could impact current ad campaigns, and the size of its impact is still somewhat uncertain, there are a few areas marketers can still lean into and optimize for the right audiences:

While the times ahead are uncertain and may not seem as ideal for marketers and advertisers, the industry is likely to evolve and find ways to reach prospective customers. As Apple rolls out this update, we’ll be paying close attention to how advertisers respond and will continue to update this post in the future.

Catherine Defoe About the author