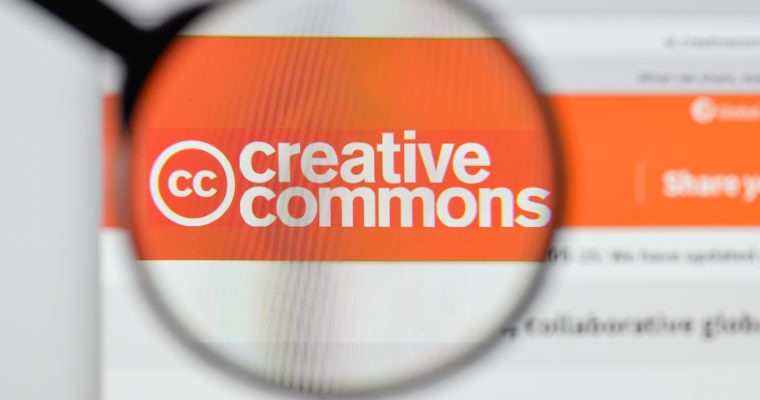 In SEO
By Catherine Defoe
0 Comments

Creative Commons Search is joining WordPress.org, which will help keep the search engine of free-to-use images running for the foreseeable future.

Matt Mullenweg, CEO of WordPress parent company Automattic, says he decided to bring CC Search on board after hearing it was in danger of shutting down:

“I am a long-time supporter of Creative Commons and their influential work on open content licenses, and when we heard they were considering shutting down their CC Search engine we immediately started exploring ways we could keep it going.”

One of the ways Mullenweg is going to keep CC Search going is by giving it a new home on WordPress.org.

This will remove significant overhead expenses for CC Search, as WordPress will be covering the costs of hosting its repository of 500 million images.

“I am eager to give a new home to their open search product on WordPress.org in continued commitment to open source freedoms, and providing this community resource for decades to come.”

Creative Commons is a nonprofit organization which offers an ad-free search experience. CC Search is dependent on donations to stay running.

With hosting costs removed, CC Search will be less dependent on the generosity of users going forward.

In addition, Automattic is hiring key members of the CC Search team and sponsoring their work.

Creative Commons relies on a team of volunteer developers to maintain its open source projects.

It’s possible some of those volunteers will be getting paid for their work for the first time. Though it’s unclear if Automattic is hiring CC’s volunteers or members of its full-time engineering staff.

In any case, this is a big win for Creative Commons, which has been helping publishers find openly licensable images since 2001.

Mullenweg notes that CC Search will soon be adding support for audio and video. It’s likely that wouldn’t be possible without this assistance from WordPress.

The hiring of CC Search team members opens the door for expanding its capabilities with more features in the future.

Mullenweg says he will share details about upcoming plans in a few weeks once everything from CC Search is live and running on WordPress.

At this time it’s not known what the change will mean for WordPress site owners. Other than the benefit of having continued access to CC Search.

I’m sure on the top of everyone’s wish list is the ability to search for and add images to posts without leaving the WordPress editor.

Creative Commons currently offers an official WordPress plugin which makes it easy for site owners to add free use licenses to their own content. It’s possible that functionality could be offered natively in future versions of WordPress.

Creative Commons has yet to release an official statement, but former CEO Ryan Merkley offered his thoughts on Twitter:

“When I started CC Search, I always hoped it would become part of the infrastructure of the Internet. [Matt Mullenweg] and I first talked about CC Search in 2018, and he immediately saw the potential. I’m so happy to see this happen. It’s great for WordPress, and great for the Commons.”

Catherine Defoe About the author

Invigorate Your Sales & Marketing
What are your company’s challenges & goals? Let’s talk!
Ready to grow your Business with Voodoo & Hubspot?