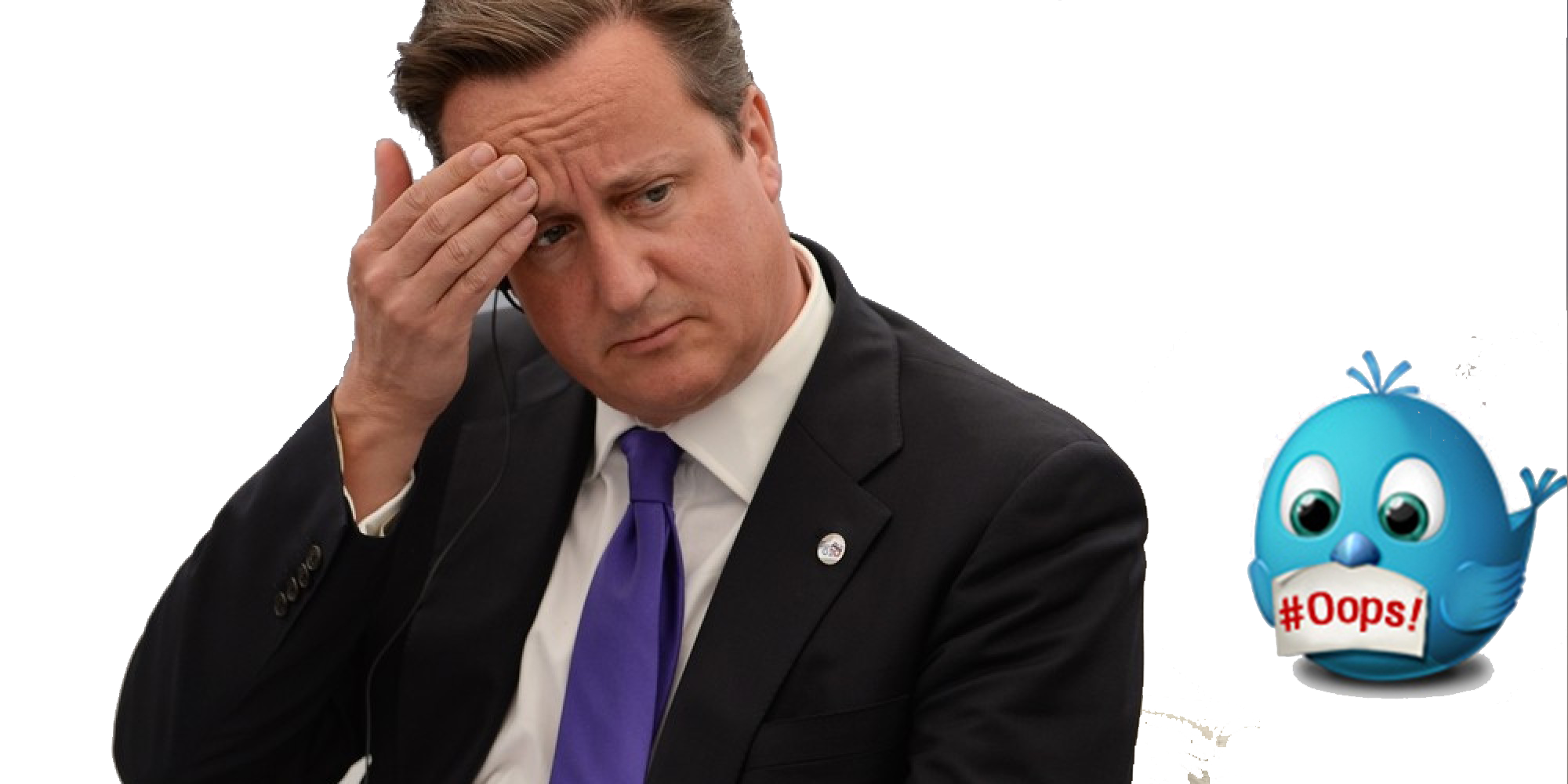 Even the highest profile public figures have fallen victim to cutting corners with whom they trust to manage their social media. Yesterday’s BBC report reveals the British Premier is no stranger to getting the odd splash of egg on his face. “Prime Minister David Cameron appeared to accidentally follow a high-class escort agency on Twitter,” it reads. “Number 10 told the BBC the account had been followed due to an automated system they had in place in 2009. It said it was in the process of unfollowing “inappropriate” accounts.”

Carltons of London’s website said it offered the “finest London escorts to gentlemen of distinction”.

Downing Street said “following” did not imply the PM’s endorsement. They had been using auto-follow software that automatically followed anyone on Twitter who followed them.

Regarding the embarrassing follow of the brothel, sorry escort service, No 10 told BBC that “As a result of this legacy, the @Number10gov account follows almost 370,000 accounts and we have taken steps to un-follow as many as possible that are inactive, spam or inappropriate. This work is ongoing.”

The BBC report reminds readers that former PM Gordon Brown and Labour were in power when the automated system was put in place, so it was probably their fault right?

But signs that the British premier’s social media management was probably in the wrong hands became apparent a month ago after an offensive tweet about foreign secretary William Hague was accidentally “favourited”.

That instance was blamed, the BBC writes, on a mistake made by one of Mr Cameron’s aides responsible for helping to run the account.

Much of the appeal of social media platforms such as Twitter is in the belief that one is directly communicating with a person they would not ordinarily have access to.

And perhaps in the case of managing the social media for a person additional caution must be taken to replicate the voice and message of said person.

The fact most public figures or company bosses do not have the time or inclination to carry out their own social media management creates a dilemma: do you trust someone else to do it or don’t do it at all.

In this digital age, having a social media presence is a ‘must’, indeed it is expected.

Not having one raises questions about how ‘with the times’ (or not) a person or company is.

Getting the office junior to be the public voice of the company carries obvious risks of company accounts to contain a fair share of ‘check this out’ and no shortage of LOLs.

Hiring a professional company to take care of it for you is normally a sensible choice, as long as they are native speakers of your language and have an understanding of what your corporate ‘voice’ should be.

It is vital that the contact with the digital public be a responsible, professional and trustworthy one.

To be fair to David Cameron, just because he Followed the escort agency, it doesn’t mean he ‘Liked’ it…

For more information about professional social media management speak to us at Voodoo Internet Marketing.

To find out more about this or other social media conundrums CONTACT US HERE or complete the form below those fancy stars which you will hopefully give us a 5 rating for this stupendous piece of literary craftsmanship.

Invigorate Your Sales & Marketing
What are your company’s challenges & goals? Let’s talk!
Ready to grow your Business with Voodoo & Hubspot?